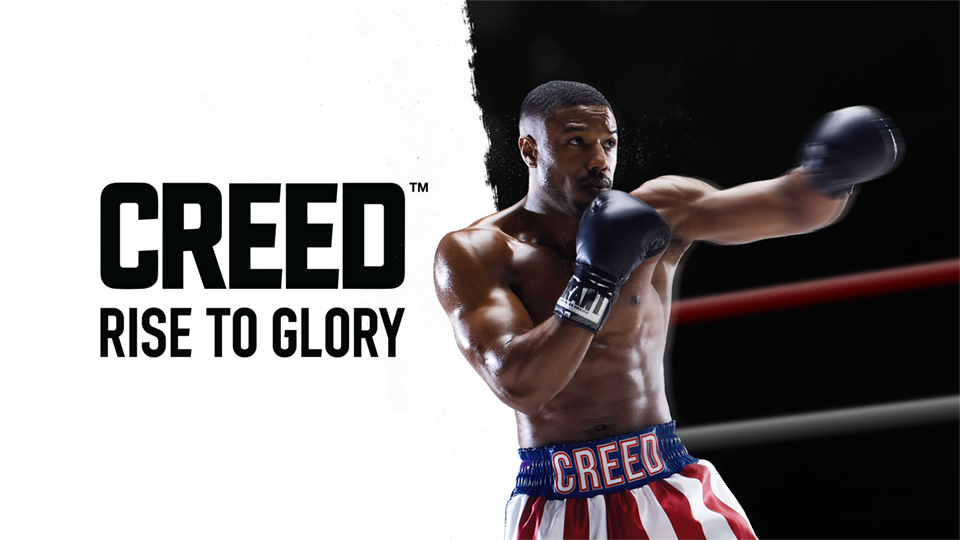 We’ve teamed up with a number of creators to create an exciting contest for Creed: Rise to Glory players! Players will be awarded entries based on certain actions taken both in and out of the game. For a full list of actions, make sure to click on the Creed: Rise to Glory Gleam contest.

Live Your Legacy: Challenge your body and mind as you experience the ascent of Adonis Creed from undiscovered underdog to world-class fighter, all within an immersive universe inspired by the Creed™ films.

Feel the Impact: Phantom Melee Technology mimics the real-life effects of throwing and taking punches in the ring, such as the out-of-body sensation of getting knocked out or the strain of fatigue during a long, frantic bout.

Go the Distance: Increase your cardiovascular strength with Endurance Mode, which removes the Virtual Stamina system and allows you to scale opponent difficulty through Fight Settings.

Use it with Quest’s Oculus Move! to track burned calories and workout time.

Break Them―or Become Them: Play or fight the most iconic figures from the Creed™ and Rocky™ universe in Freeplay or PvP, including Rocky Balboa, Ivan and Viktor Drago, and more!