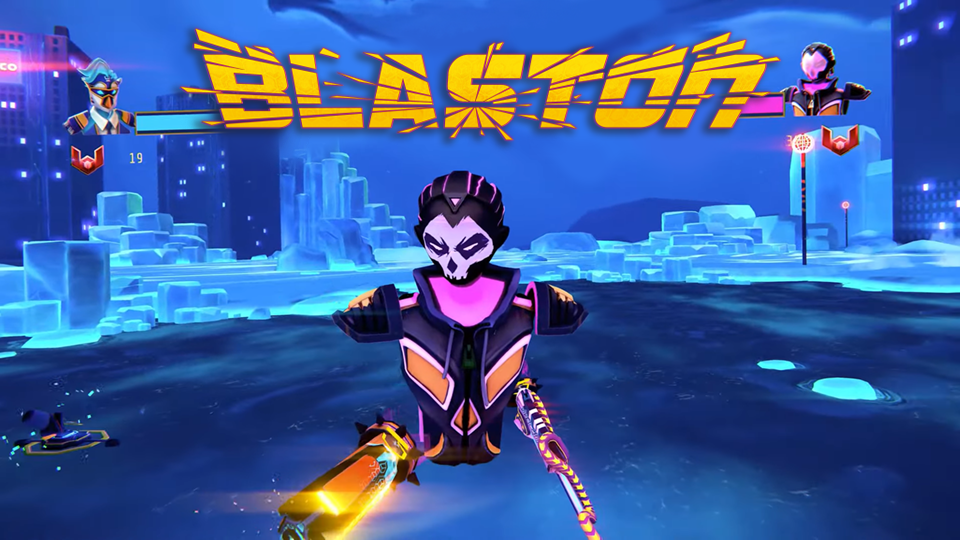 Groups built from the 23rd to 25th

Group play - Groups will schedule their own times to play on these dates. All matches in each day of group play will be played consecutively:

Both the Premier and Open Brackets will involve a group play phase then move to a Single Elimination Bracket.

Players will be seeded into groups based on Blaston ELO (see below). Groups will consist of 4 opponents. Each day of group play, six matches will be played in each group, allowing each player to compete against each other. Two matches may be played consecutively (see Figure 1). Each win will be worth one point. At the end of the group stage (after all 3 days of group play, meaning each player has played 9 matches), players will be moved into a single elimination bracket of 8 players, seeded based on their group play scores. Tie breakers will be organized by VAL TO’s and will likely take the form of head-to-head matches.

Figure 1. The match schedule for each day of group play. Each round consists of two matches that can be played concurrently (i.e. Players 3 and 4 do not need to watch the match between 2 and 1, they can just play their own match at the same time).

Example: Jeff, Addison, Ryan, and Nate are assigned to a group. On Saturday, February 26th, they play six matches: Jeff v Addison, Ryan v Nate, Addison v Nate, Jeff v Addison, Jeff v Nate, and Addison v Ryan. The winners are each awarded one point, so at the end of the day, their scores are Jeff - 2, Addison - 2, Ryan - 1, and Nate - 1. They repeat this on March 5th and March 12th, and their points are cumulative. After March 12th, their scores are compared to those of all other groups, and the 8 players across all groups with the highest scores move onto the single elimination bracket finals.

Group seeding is determined by rank number.  A snapshot of rank will be taken on February 24th.  Expect exact details on how to communicate ELO via discord and with TO’s TBA.

The Blaston Premiere Bracket will consist of the top 64 players with the highest rank number who register for the tournament. For clarity, priority will be given to higher rank for building the official tournament bracket and seeding and only from those who have registered.

The Blaston Open Bracket will accommodate players of all skill levels and no bracket size ceiling. A bracket ceiling may be put in place depending on total registrations.

If you qualify for the premier bracket, you can’t play in the open bracket.  TO’s will take and combine registrations from registrants to build final brackets. TO’s will sort out the entrants after all the signups have been closed.

Players will be able to contact and schedule their matches in the tournament in the Challengermode chat or official VAL Discord Server: https://discord.gg/YeKXzQpCyK

We encourage using additional methods such as Facebook contact your opponent, but only Challengermode chat and Discord messages will count and be official in case of disputes where the opponent does not show up. The opponent not showing up will result in a forfeit. VAL reserves the right to decide the forfeiting party.

Groups will schedule their own times to play on the above assigned group play dates. All 3 matches in each day of group play will be played consecutively. This format will be followed through to the final 8. Once to the final 8 VAL will coordinate the final 8 of each bracket to schedule the final matches.  Players will need to be prepared to sync at the best times with all other players as this is synchronous.

Players in the EU may play players in the APAC region for instance.  VAL will make reasonable efforts to match players by region, but this is not guaranteed.  No region locks.

All tournament matches will be best-of-3 games, until winners, losers, and final 8 which will all be best-of-5 games.

This tournament also does its best to prevent lag in an online environment. To do so, there is a lag dispute procedure each player must follow in case they wish to dispute their opponent on the basis of game-altering lag.

You will be immediately disqualified from the tournament if you are found hiding your identity to manipulate the bracket/seeding. The only exception to this rule is if the player notifies a TO prior to the registration end date.

Anyone who is not present for their match by 15 minutes past the scheduled start time is subject to a total disqualification from their match. Efforts to contact opponents are highly encourage in challengermode, official records to contact will be in the #blaston channel on the VAL discord to prove tardiness.

Players suspected of colluding may be immediately disqualified from the tournament. This includes intentionally throwing a game or committing any other form of bracket manipulation.

In the event that a connection with another player is lost and an interference occurs, a TO should be called to determine how to advance. If a resolution cannot be reached in a reasonable amount of time, the player who disconnected from the match is subject to forfeiting the round, game, or match at the TO’s discretion.‍

If any unforeseen situations occur, judgment of Tournament Staff is final. Rules may be altered between phases of a tournament in the best interests of the event. (Example: A game breaking glitch that gives benefits to one player is discovered during a tournament. Thus, the stage may need to be removed from legal play for the remainder of the event.)

Offensive Gestures
No offensive or sexual gestures are to take place before, during, in-between or after matches by players. This is according to the Blaston Code of Conduct, and offenses will lead to immediate disqualification and can lead to bans depending on the severity of the breach of the CoC.

Social Gestures
Players are encouraged to show sportsmanship before, during, in-between and matches. However, this does not mean players are required to engage in social gestures such as high fives, and fistbumps. If a high five or fist bump is offered but not received, it is not considered a breach of rules.

Furniture Usage or ‘Boosting’
Players are not allowed to use any type of platform, furniture or equipment to raise themselves from the in-game platform in an unnatural way. This is to maintain competitive integrity, but also to prevent players from sustaining injuries to themselves when playing Blaston.

Excessive Recentering
Players are not allowed to recenter themselves excessively during active rounds.

Spectating
Spectating matches by other players is allowed as long as both players allow it. Spectators are allowed to clap while spectating. Matches will not be replayed if a spectator is disturbing the match with clapping. Any match can be spectated by a TO, to make sure that players are following the rules.

Voice Chat
No player is forced to use Voice Chat before, during, in-between or after matches. If a player asks the opponent to use voice chat but it is rejected - it shouldn’t be questioned.

Round: One in-game round that has a 2 minute time limit.

Game: One set of best of 3 Rounds.

Tournament Organizer (TO): An administrator organizing the tournament.‍

Duck, dodge, and weave like Neo as you evade incoming attacks while preparing your dazzling next combos in a flash of skill. Duel players in the slow-motion bullet-hell of Blaston and rise to the top. Blaston is a competitive tactical workout where your survival hinges on one simple rule: Never. Stay. Still.