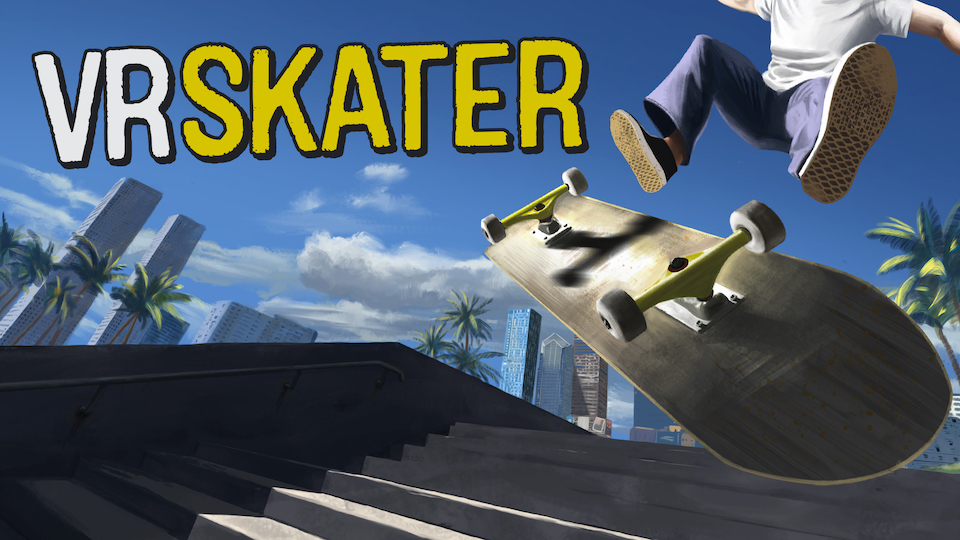 VR Skater is a highly immersive street skateboarding game. It's a finely tuned mix between arcade and simulation. It's easy to learn, but hard to master. Skate through a wide variety of urban environments. Shred through the streets, take on challenges or chase high scores with complex trick combinations.

A select few content creators will be invited to challenge the developers in a livestream.

The competition takes place in "Run" mode.The challenger chooses the map and has two runs . The dev has only one run. The running order is challenger, dev, challenger.

The competition takes place in "Run" mode. The content creator competes against the developer in 3 rounds in different maps. "Neighborhood, "Middle School" and "Construction." The Content Creator can win 3 keys per map for his followers. The Challenger has 2 runs per round and the Developer only 1 run. If the developer has less points than the challenger in his first run, the third run is cancelled and the challenger has won.

If the content creator beats the developer in a round, he wins 3 keys for his followers. In total he can win 9 keys.

Participation is closed to the general public. However, followers of the channels for the competing influencers will be considered on a criteria as determined by the individual influencer. Furthermore, there is no restriction on creating individual content and sharing online or in the Discord, and is in fact encouraged.

This is a developer run tournament. VAL is not responsible for prize pool delivery. Check here and on developer socials for updates.