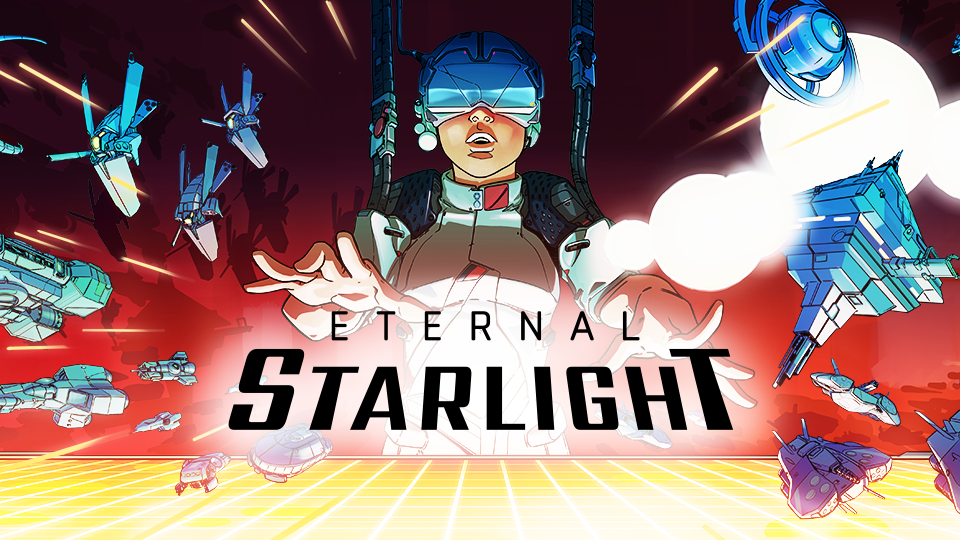 Eternal Starlight features 17 capital class vessels each with their own unique capabilities. Positioning them and using their abilities strategically will be key to defeating the foes you will face. You'll also have to deal with asteroids, rifts, mine fields and other space hazards.

The game has an intuitive locomotion system that lets you move through space by grabbing it and moving it around you. Zooming in and out is possible using a pinch or pull gesture with both hands. It's very comfortable and flexible allowing you to play seated, standing or in full room scale.

Players will be awarded points based on certain actions taken both in and out of the game as promoted by influencers. Out of game actions will include:

In game actions will include:

Players must provide screenshot submissions of in-game actions for consideration. Overall points per action will be determined soon.